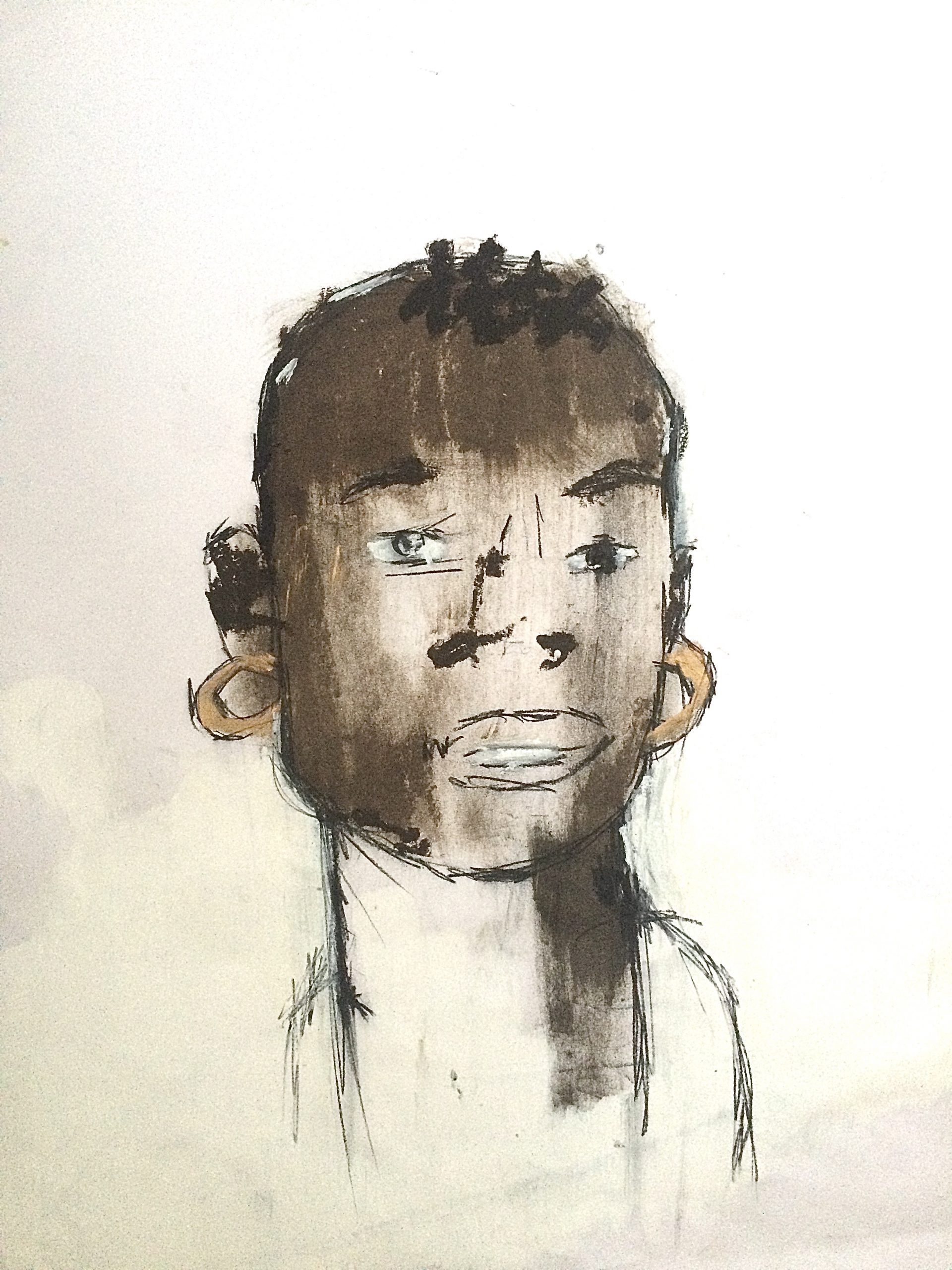 In a world that is hostile to us: Black cultural production grows, to quote Pac, like a rose from concrete. During a time where it seems our collective world has undergone compounded trauma, “What guides us?” is a meta-question for the culture. “In my work, I’ve been connecting the idea of spirit and inspiration” multidisciplinary artist Nathan Eugene Carson tells us. “And that, to me, is the same thing or within the same feeling”. As Carson teleports into our zoom meeting from a busy coffee shop in Toronto, this idea of drawing inspiration from the divine world becomes the golden thread of our conversation, and illuminates itself as the golden thread in Carson’s practice.

Spirituality has always been a site of resistance for Black peoples. Enslaved African communities reimagined the Bible as a tool to preserve African cultures during slavery and as a guidebook to freedom in the next life. In a 2008 interview with NPR, Professor Dwight Hopkins reminds us that in Black theology, Jesus is often represented as a dark-skinned revolutionary, concerned with the eradication of poverty and freedom of the oppressed. An investment in Spirit, for us, is a liberation project, one that pushes us to be futuristic and imagine a world that is unlike the one we are in today.

Spirit looms large in both Carson’s work and life. He grew up in the church, attending service with his father and grandmother. “From an early age, that concept of heaven was there for me,” he explains. “I always knew that there was something other than here, this Earth, and that really fascinated me. And I kind of thought to myself ‘well, that’s where my inspiration comes from’”. That interest in a higher realm transcended the doors of the church, leading him to explore cosmology and religion outside Christianity. He describes this journey, the one that interconnects his art and Faith, as one that is highly introspective. “I don’t go to church every Sunday” he continues “but to me, being in my studio is a form of worship”.

References to the ethereal realm are everywhere in Carson’s work. In ‘Angel (2020)’, a distorted blood red cherub with severed hands stands in prayer position. The figure has a frightening quality to it. It seems at once completely devoid of life force and at the same time, has a striking recognizable innocence. These kinds of complications between what we know and what we see are scattered throughout his art. His paintings stretch our understanding of reality through form, constantly questioning our assumptions about the world we are perceiving.

Carson grew up in Hamilton, in a diverse community grounded by women and LGBTQ+ people, many of them artists themselves. “‘I’ve kind of always known that I was going to live as an artist and that there was no other career for me”, he tells us plainly. As a youth he experimented with painting and drawing before developing a photographic and printmaking practice.

In the early 2000s, he attended OCAD during what he describes as a “transitory time for the school, before they acquired the D for design”. Under the tutelage of mentors like Professor and curator Betty Julian and April Hickox, Carson honed in on a craft that he would build over the next two decades. In the ivory tower (or rather, between the colouring pencil-shaped pillars that define OCAD’s building), Carson felt the pressure of academic expectation as a student of colour. Professors often suggested that he use his work as a site to ‘explore’ traumatic Black history and his experience as a mixed-race person. He found himself resisting that his art would be about Black pain, perhaps led by a guiding sense that his voice as an artist could surpass that glass ceiling of institutionalised racial tropes.

His 2021 show ‘Cut from the Same Cloth’ at the Powerplant represented a reckoning with the experience of that intergenerational pain. The show drew on violent imagery from Black American history like the Klu-Klux Klan and nooses. In the Shine On series (2016), a black-masked jester appears next to a faceless police officer, each questioning the other’s identity. In The Boy II (2015) the piercing eyes of a young black boy stare out from a shadow of dark ink. “I had to really dive through that pain and sort through it,” he explains. “And now that I’ve done that, I feel like I’m out of the ‘Black period’ of my life. After really dealing with that pain, I’m feeling more hopeful and more colourful and gravitating away from Black and towards colour in my work”. Moments of futuristic hopefulness appear in Them (2020), where a two-headed, brown-skinned figure appears unflinching in their dual identity, and in a portrait where Martin Luther King Jr is framed by a gold ribbon.

As the conversation winds down, we circle back to that concept of staying ‘inspired/inspirit’. The “career” aspect of being an artist (the hustling for galleries and trying to stay relevant online while juggling bills) is one that divorces creatives from that process. As an artist who describes his practice as a method for introspection and healing, he admits that often the cost of the job is time away from developing his craft. A byproduct of that experience is that Carson, for many years, has maintained a life without most art-world luxuries, having left the Toronto scene for Hamilton years ago. “When the government gave out CERB last year, that was the most money I’d ever had in my life. And it really gave me an opportunity to slow down, breathe and focus on what I needed to be focusing on.”

So, how do we get to a world where artistic work and spiritual healing are viewed as legitimate and necessary labour? Carson puts forward the idea of a universal basic income for artists. A model where money would be granted equally based on humanity, with no means test. It’s controversial. Carson smiles cheekily and says with a laugh “I have friends in banking who think it’s a terrible idea”. But in a time where people are so busy trying to stay alive that they can’t live embodied lives, it might be exactly what we need.

Nathan Eugene Carson is a Hamilton-based painter and multidisciplinary artist. Visit Nathan’s website to learn more about his work.