2020 in Review: 5 significant moments in the art world

2020 in Review: 5 significant moments in the art world 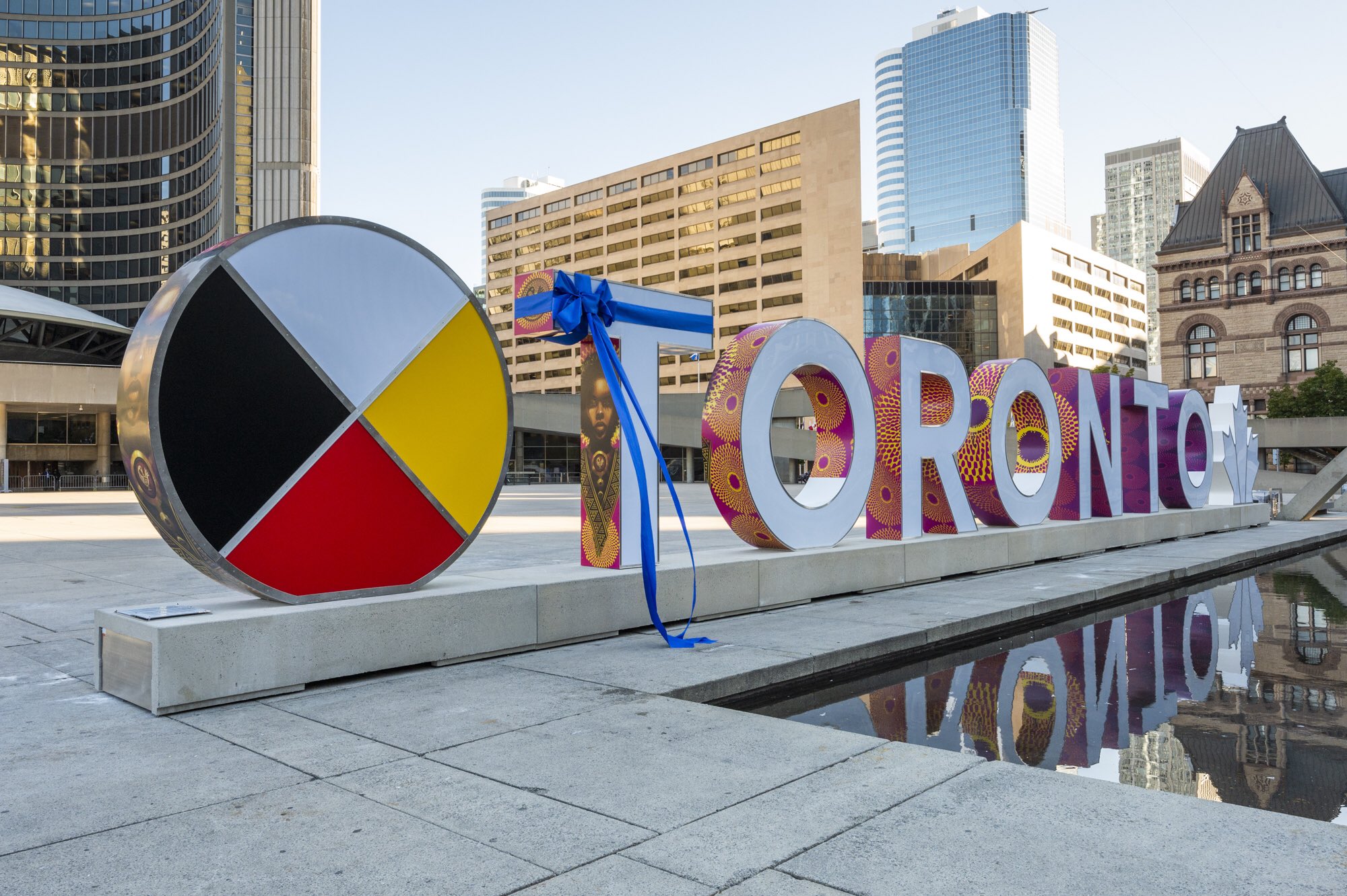 With all of the twists and turns this year have brought us, artists, creatives and institutions have found new ways to connect, stay inspired and thrive in this new reality. Between the global pandemic, lockdown, the death of George Floyd which sparked protests for Black liberation all over the world—this year brought a new awareness and sense of urgency to honour the rights of everyone, especially those in the Black community.

With new investments in Black arts and culture, there’s a growing momentum to recognize and celebrate artists across the Afro-diaspora who have contributed to the cultural mosaic of our city. Check out our list of significant moments for Black art in Toronto in 2020!

When Regis Korchinski-Paquet died after police entered her home in May, it propelled thousands to march the streets in protest of anti-Black racism across the country. As part of the movement, a group of artists took over Graffiti Alley with illustrations of prominent Black figures in a show of solidarity with the Black Lives Matter movement.

Later in the summer, 16 artists came together on Canada Day to paint Black Lives Matter in the heart of Kensington Market. Each letter was painted by an individual artist in the spirit of bringing attention and awareness to anti-Black racism.

“On Canada’s national holiday we staged a peaceful protest in solidarity with the global #BlackLivesMatter movement,” said one of the artists and organizers Yung Yemi on Instagram. “I chose to paint the letter S as a gold link chain to represent strength in unity.”

In mid-July, a peaceful art protest resulted in the arrest of 3 artists who were denied legal representation for 5 hours and detained for 16 hours. The protest involved an artistic intervention on monuments that uphold controversial figures in Canadian history.

A solidarity letter was signed by more than 2,000 artists and workers calling for the charges to be dropped against the protestors. “The Movement for Black Lives is an arts-led movement,” says multi-disciplinary artist, scholar, and core member of BLM Toronto Syrus Marcus Ware to Canadian Art.

Shortly after the protesters were released, a member of BLM Toronto made a moving speech that went viral. “It’s ridiculous to me that we’re still talking about monuments…We’ve had to fight in your white supremacist delusion for far too long. You’re lucky, this is all we did. You’re lucky that we’re appealing to your humanity,” said Ravyn Ariah Wngz.

This year, we saw our local government invest millions into the development and enhancement of Black art. In July, Mayor John Tory announced a $1.5 million investment in Black cultural institutions to address the systemic economic, social and cultural exclusion in these industries.

Then later in August, the City of Toronto, the Slaight Family Foundation, and Advance, Canada’s Black Music Business Collective, announced an investment of $2 million over the next four years to support Black leadership in the city’s music industry. Recognizing that Black musicians have helped bring Toronto’s identity to the global stage, this investment will go a long way in cementing our city as a cultural capital.

The Toronto sign in Nathan Phillips Square was originally installed in 2015 during the PanAm games. Since then, it’s become a staple to the city’s landscape. This summer it was redesigned by Toronto artist Danilo Deluxo McCallum, to recognize the international decade for people of African descent. Danilo uses vibrant African fabric patterns as a backdrop of the design to represent the diverse community of people of African descent in Toronto and globally.

With the closures of art centres, libraries, and community spaces, COVID-19 has forced the arts to bring programs online. Despite the challenges and lack of resources, organizations like Manifesto, Honey Jam, and RISE have continued to celebrate and push Black art forward.

The resiliency of these organizations has brought hope to the sustainability of Black-led organizations in Toronto, and certainty that they’ll continue to thrive in the new year.

This Fall, Nia Centre for the Arts started construction to transform the facility into Canada’s first professional multi-disciplinary Black arts centre. Located in the heart of Little Jamaica, this will support the organization to build on the history and legacy of Black entrepreneurship and leadership in the area. This comes at a critical time as the neighbourhood continues to face erasure and economic challenges, as a result of decades of systemic marginalization in the community.

Once the space reopens, it will include a performance theatre, gallery space, artist studios, recording studio, digital media lab, youth hub, and more. The renovation will help create a destination spot for the community to experience Black art year-round, and provide a space for Black artists to learn, collaborate and create.

“It’s really about providing a space and a platform for the unique and varied experiences of Black people in this city and this country,” said our Executive Director, Alica Hall in her interview with ByBlacks.