Carnival enthusiasts and band leaders talk tabanca, their art, and love for their culture 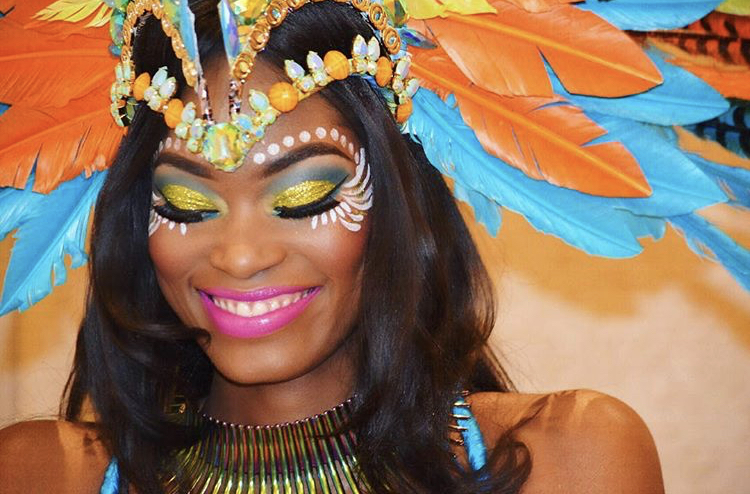 Caribana has become North America’s largest event of its kind. With over 1 million participants annually, festivities, parades, and celebration of Caribbean culture and arts has traditionally taken over the first weekend of August.

Since 1967, Caribana has grown into a pinnacle of Black Canadian culture that has forever transformed Toronto. This is the first time in 53 years there will be no parade due to the global pandemic. While there will be a virtual celebration, many Carnival enthusiasts and mas band leaders are experiencing heightened tabanca, or lovesickness, since their celebration will look very different this weekend.

Ever since Trish Besos, otherwise known as Besos, was a kid she was in the middle of Carnival in her home country of Trinidad. When she arrived in Toronto 15 years ago, she was surprised and inspired to see that Caribbean culture was so deeply embedded in the city.

She didn’t know how to contribute as a beauty professional who was working for mainstream companies early in her career. That changed 10 years ago, when one of her photos of Carnival makeup art garnered a lot of attention online.

Her work caught the attention of Curtis Eustace, who became her Mas mentor and a well-known designer for the Saldenah band. Since then she’s been building costumes, doing makeup designs, and producing art that’s meaningful to her.

“That’s when I had a real breakthrough, where I can contribute to my culture. It’s pure joy when you look at these costumes, you can’t help but be wowed and feel some sort of joy inside,” she said.

The glitter, gems, and glam are what fuels Besos’ designs as a Carnival makeup artist.

“My touch is to make it super glamorous. It doesn’t matter if it’s a soft pretty sort of look—it’s going to be a soft, pretty, glamorous look,” she says.

After helping band leaders and masqueraders look like goddesses for the last 10 years, this will be the first time she won’t get the rush and fulfillment of building the costumes at mas camp or taking part in an intimate tradition in Caribbean culture.

The joy these costumes bring is a special artform for designers like Bryce Aguiton, leader of Carnival Nationz. He’s worked with the organization since its founding in 2005, along with his business partners who’ve designed 14-15 feet tall costumes in Trinidad before moving to Toronto.

Bryce’s artistic process starts with defining a theme that’s usually inspired by a bird, flower or Caribbean city. After they pick a theme, they choose the colours that resonate best with the design. His team usually looks to Trinidad for trends, and has watched it evolve in the last 15 years since he’s been designing. He says in the past there was a greater emphasis on appliques and now there’s more focus on the jewelry.

“People go down [to Trinidad] and they want the same thing replicated. The same kind of sexiness, look, glam and elaborate kinds of costumes here. So we have a bit of a challenge because we have to meet everybody’s expectations.”

When Bryce came to Toronto, his entire intention was to change the design of Caribana into something sexier and more dynamic. He describes the earlier parade costumes as more cut and dry, monotone and two-tone kind of colour lines.

“When we came in 2005, our whole intention was taking that Caribbean attitude and philosophy and bringing that up here. So, we made the costume sexier…. so that it would be more appealing to younger audiences.”

Carnival art only takes love and guts to put together. Bryce had no education in design before he set out to make one of the largest bands in Toronto. He only had his passion for Carnival culture and a vision to make the designs more compelling.

“I have no experience beforehand designing costumes,” he says, “If anybody has an inclination or wants to attempt to do something like this, I would encourage them to do it. My wife and I have produced some of the best costumes that have been around in the last 15 years in the festival. And both of us are not designers in any shape or form, we just see things that we like, and then adapt it.”

Téa Mutonji: Can Black girls get drunk and fall in love?