Téa Mutonji: Can Black girls get drunk and fall in love? -

Téa Mutonji: Can Black girls get drunk and fall in love? 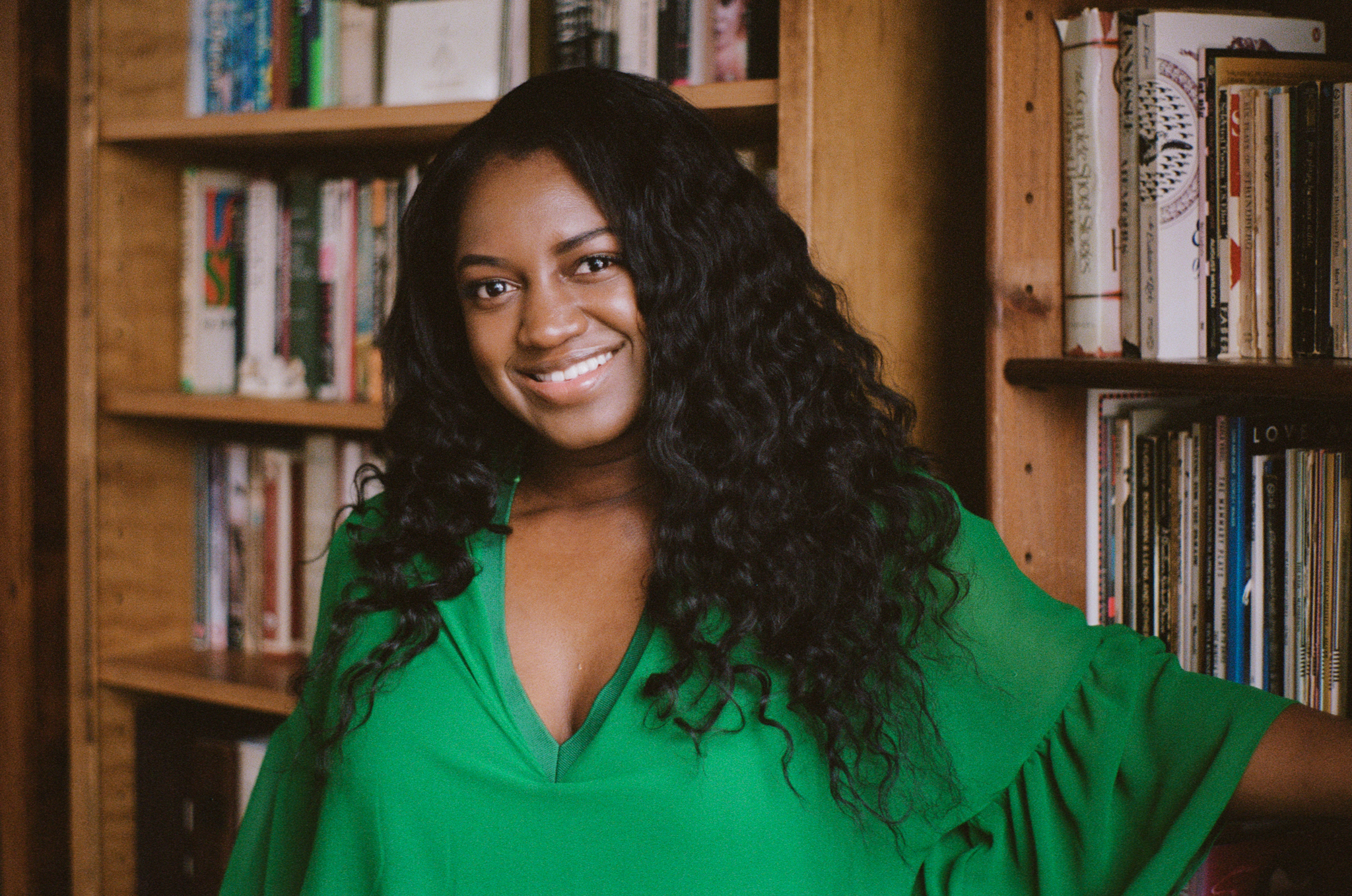 Storytelling is an ancient and sacred tradition across Afro-diasporic cultures. And yet still, our voices are on the margins in Canadian literature. This is the challenge that greets Black-Canadian writers, like Téa Mutonji, an award-winning author, who is finding new ways to authentically share stories about Blackness.

“I read a lot of books, and I don’t very often read stories about young Black characters, going out to a party and getting drunk and having all of those regular human experiences that we have,” she said as she explains her intention behind her debut book, Shut Up You’re Pretty—a collection of rhythmic prose following a young Black woman as she navigates the joys and difficulties of friendship and daughterhood while growing up in Scarborough.

Black girls get drunk, and Black girls fall in love, and do all of these things that I keep reading and watching in romcoms, but why is no one really writing about that?

Shut Up You’re Pretty was based on her experience growing up in an African immigrant household in the Galloway neighbourhood of Scarborough. The main character, Loli, was inspired by the people and feelings Téa had encountered throughout her life.

Although friendship was the intentional theme when Téa started writing, Loli’s individual journey becomes more profound throughout the book as she battles with expectations from family, friends, and romantic interests.

“It became this tug and pull throughout the book where she always seemed to be competing with outside sources,” said Téa. “This tension between what people think of you versus what you think of yourself, and what you’re allowed to do versus what you give yourself permission to do, and feel, and desire.”

In June, Téa won the Ontario Trillium Award—the highest literary award in the province amounting to a $20,000 prize for the book.

Minutes before the announcement, Téa was running around the kitchen, in a rush to cook dinner. In her reaction video, you can see her sitting on the floor, scrambling for words in utter shock and joy of this landmark achievement.

“I really was not expecting it. It was very cool,” she said.

While Shut Up You’re Pretty has had a meaningful impact on the world of Canadian Literature, it’s also set Téa on a new journey as she evolves as a writer.

“I hadn’t fully decided what I wanted to be as a writer and the kind of impact I wanted my work to have,” she said as she described her intention behind Shut up You’re Pretty.

Téa was a different person when she wrote the book, and now, she’s ready to discover new ways of normalizing Black Canadian stories in literature.

“I want to explore different avenues of blackness, I want to play with it. That’s my main goal now,” she said.

Some challenges she faced as a young writer stem from taking up space in an industry where Black voices have often been ignored. When she was a student, writing stories about romance, she was often asked why she doesn’t write “Black stories.”

“I like to remind Black creators that there’s no such thing as a Black story, in the way that people want it to be,” she says, “So write the story that you want, do the art that you want, create the character that you want, just design the world that feels right to you, and whether that’s about Blackness or not about Blackness, that will inherently be true regardless. So follow your gut, it’s almost always right.”

'TXN' Captures the Triumphs and Trauma of Black Culture in Toronto

Carnival enthusiasts and band leaders talk tabanca, their art, and love for their culture