In Conversation with Nicole Dennis-Benn - Nia Centre for the Arts

In Conversation with Nicole Dennis-Benn 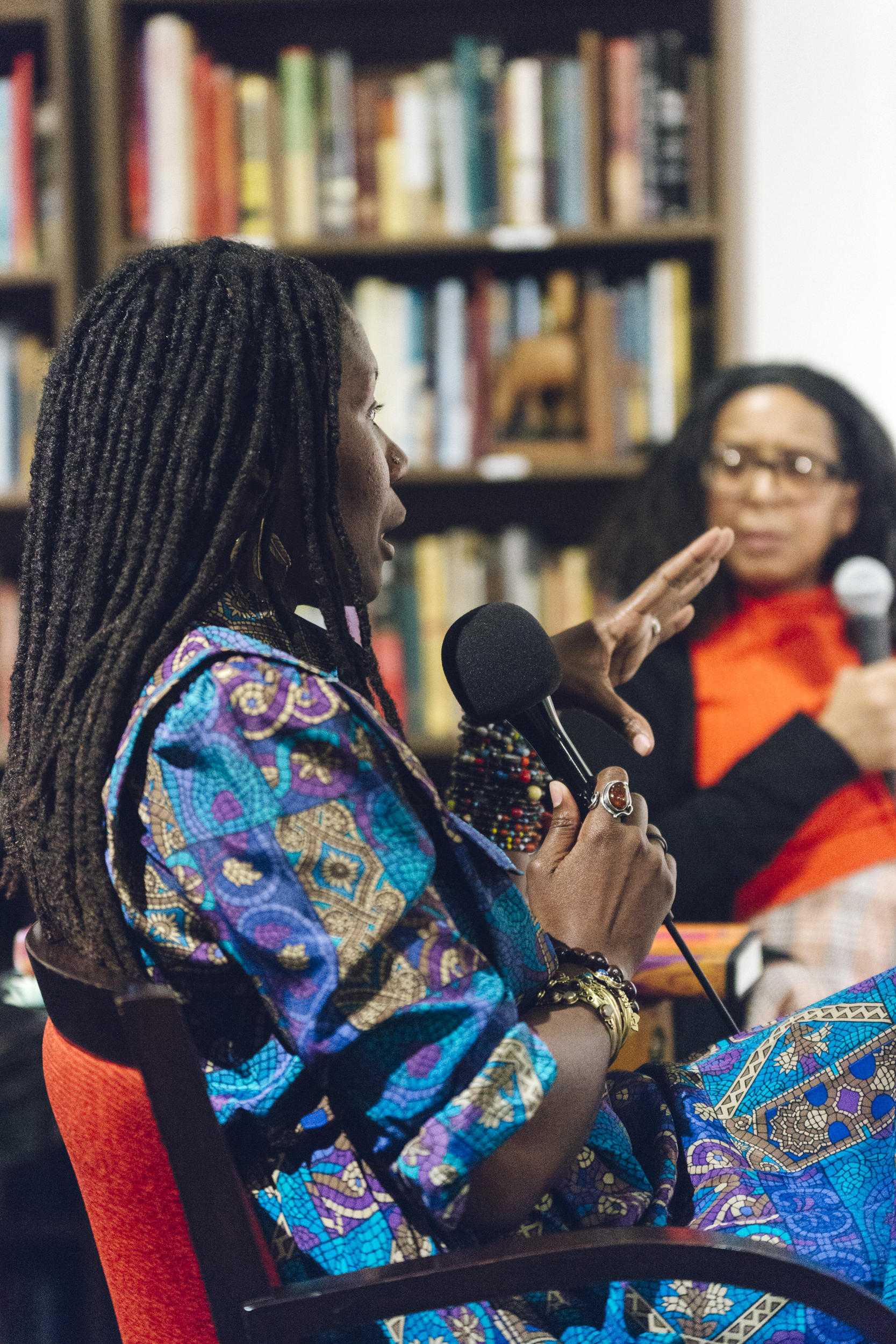 Storytelling – whether shared orally or visually, is something that holds a strong significance within Black heritage and culture. The literature of Black people can be embraced as a site of resistance because of there once being a point where the grounds of race were legally used to ‘forbid’ Black people from reading and writing. Across time and space, the literature of black writers has been, and continues to be a powerful method for the articulation and documentation of our views and experiences. For black people, storytelling has served the invaluable purpose of communicating and preserving a sense of connection and humanity.

The African Diaspora is characterized by the routes of migration, and the network of communities that have been formed since the initial dispersion from the Motherland.  The motivations and experiences that characterize this migration are equally notable. The themes of migration, along with separation, sexuality, loss, perseverance and finding yourself are intertwined within the story-line of Nicole Dennis-Benn’s novel Patsy. Published in June 2019, this piece of writing may be categorized as fiction, but draws inspiration from one’s real-life, and writes from a perspective that is not usually featured. On Wednesday February 19th the Nia Centre hosted Between Two Worlds, an event at A Different Booklist Cultural Centre that included Nicole’s live reading of a selection from the pages of Patsy. This was followed by an intimate conversation with Donna Bailey Nurse about Nicole’s work, life as an author and more.

Recalling her observations and interactions with other Caribbean-American immigrants on her commutes to work, Nicole spoke of the path that led to writing  Patsy. Nicole was initially prompted to think in terms of ‘confessionals’, letters that she could hear being written by a daughter, to her mother.  Inspiration was also drawn from the disjuncture between her overhearing others references and stories of ‘back home’ (wherever that was – Trinidad, St. Lucia, Jamaica etc.),  and the advertisements that she would find plastered on public transportation vehicles. With phrases like “go home to Jamaica,” it was especially in the cold months of the winter, that Nicole personally felt a great deal of irony in the promotion of these visions of ‘home.’ The attraction associated with visuals of blue water and white sand, were meant to provoke a sense of escape and serenity. However, Nicole knew that these ideals were really only being promoted to the New Yorkers who had the economic means for such a trip.

“At first it was shaping out to be the typical immigrant story. You know, that we hear over and over again, that we know intimately as Caribbean immigrants, or African immigrants, or immigrants in general. I said to myself ‘there is more to this story’ and especially the fact that it is a woman that is leaving, to me that is something that I latched onto.”

Born and raised in the small town of Vinyard in Kingston, Jamaica Nicole immigrated to Brooklyn, New York when she was seventeen years old. With her novel’s main character, Patsy also immigrating to Brooklyn as a young woman, Nicole used her memories to loosely imagine the setting of Patsy’s hometown, Pennyfield. Although Nicole noted that her path to arrival in America was different in comparison to Patsy’s, she shared the connection that she felt with this character because of the internal conflict that she once faced as someone who was also coming out to herself as a lesbian. The rigid gender norms that Nicole spoke of growing up subjected to within Jamaican society, and homophobic tensions that manifested themselves in ways such as never having the opportunity to see public displays of love outside of male-female relationships, and the topic of homosexuality only being spoken about in hushed tones, had an impact on Nicole. At the time things like this had caused her to identify with feelings of alienation and depression, as she questioned if she was the only person in Jamaica feeling the way she was.

“I was living vicariously through Patsy, she was teaching me things as I was navigating womanhood as well and so or her to step outside of that gendered box, and dare what she did,  I was more fascinated by that because I am this writer who loves to write the untold stories. I’d rather write a Patsy than write the perfect housewife, or the perfect person, the perfect mother, because there you know there’s no story there.”

Asked by Donna if she had any artistic background because of her skill in illustrating such an accurate picture for readers, it was interesting to also hear from Nicole in regard to the attention that she places on striving for authenticity. This translated into diverting from the cliché, more surface-level associations that are often held about Jamaica. Nicole also reflected on the importance that she placed on providing the listeners of Patsy’s audio-book with an authentic voice. Whether or not readers may be navigating a cross-cultural journey themselves, it was an honour to have been able to hear Nicole speak both from a personal level, but to also explain the relationship of her themes to human condition in general.

The Way She Looks