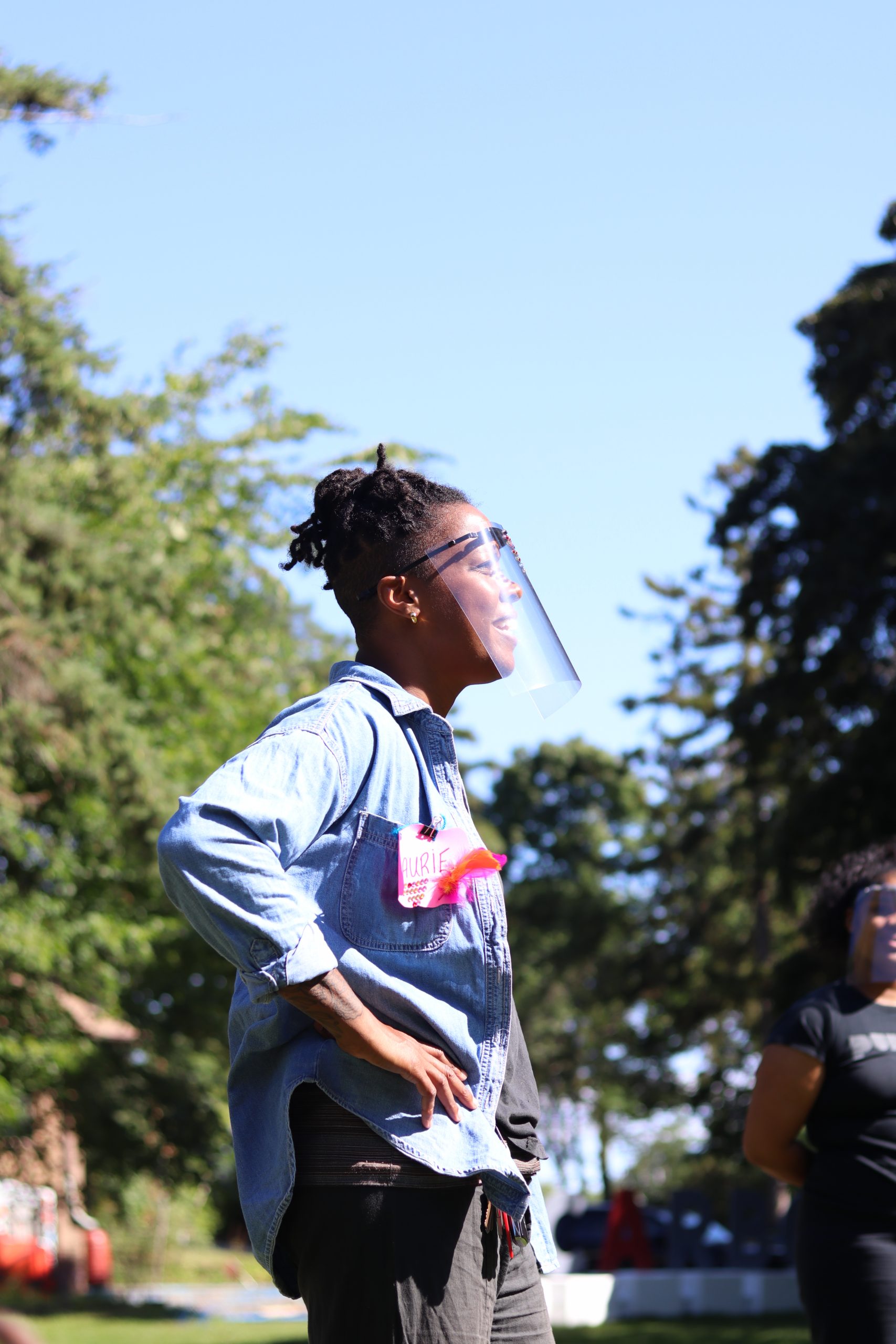 Filmmaking has the power to capture moments, movements and voices of our communities. In recent years, we’ve seen a resurgence of #BlackExcellence take over Hollywood, while witnessing movements within the industry to address the lack of Black representation in film.

To inspire and foster the growth of young Black creatives, we collaborated with Scarborough Arts and Black Women In Film! Canada, to present Black Girl Film Camp (BGFC): a seven-day intensive filmmaking course for girls between the ages of 16-24 interested in pursuing a career in cinematography.

“It just brought together all the things I love: teaching, camping and filmmaking is what BGFC has been all about, and to see the girls thrive in that context has been a joy,” said Laurie Townshend, co-leader of this year’s camp We Thrive and also a former high school drama teacher who has years of experience working with youth in camps.

While keeping in line with safety guidelines due to COVID-19, seven participants were able to engage with career professionals, learn how to make a short film, and have fun in nature. Some of the fun socially-distanced activities included theater exercises like Flocking, where everyone gets into a V formation and mimics the actions of the person at the corner of the V. The purpose of this exercise is to encourage the filmmaker to get out of their heads and trust the story they want to tell.

“Sometimes, thinking about your films can be really cerebral, and there’s something really powerful about getting out of your head and into your body, embodying movement and really just working as a team,” said Laurie.

For folks like Zawadi Bunzigiye, 20, BGFC was the first time she was able to use a professional camera for a video project. As a Creative Writing student at OCAD University, filmmaking was always in-line with her interests, but she never had the opportunity to learn the technical aspects of cinematography.

“I love movies. I love watching them and I love critiquing them. So this was within my interests,” she said.

BGFC gave participants the opportunity to learn how to creatively write their own stories, scripts and at the end, they put everything they’ve learned and worked on into a short film. They were also instructed to do self-reflective free-writing exercises that encouraged them to think critically about what story they wanted to tell the world. The continuation of this exercise became the foundation of their script for their short film.

“So what audiences will see in their final films is a visual and sort of sonic interpretation of that question: How do you see yourself and how do you want to be seen in the world?” said Laurie.

Another core component of the program is the emphasis on community building and creating networks for young aspiring Black femme filmmakers. Participants were asked to collaborate on projects, take part in discussions, and make artsy masks and face shields together.

“I’ve been inside for months, and it’s actually really nice to meet people my own age, and just share a laugh,” said Zawadi, “Being in community with other Black girls and other Black women for me has been pretty therapeutic and healing because I feel safe. It’s a really good space to make art.”

Participants will screen their final films virtually on Sunday, August 23 at 4pm.