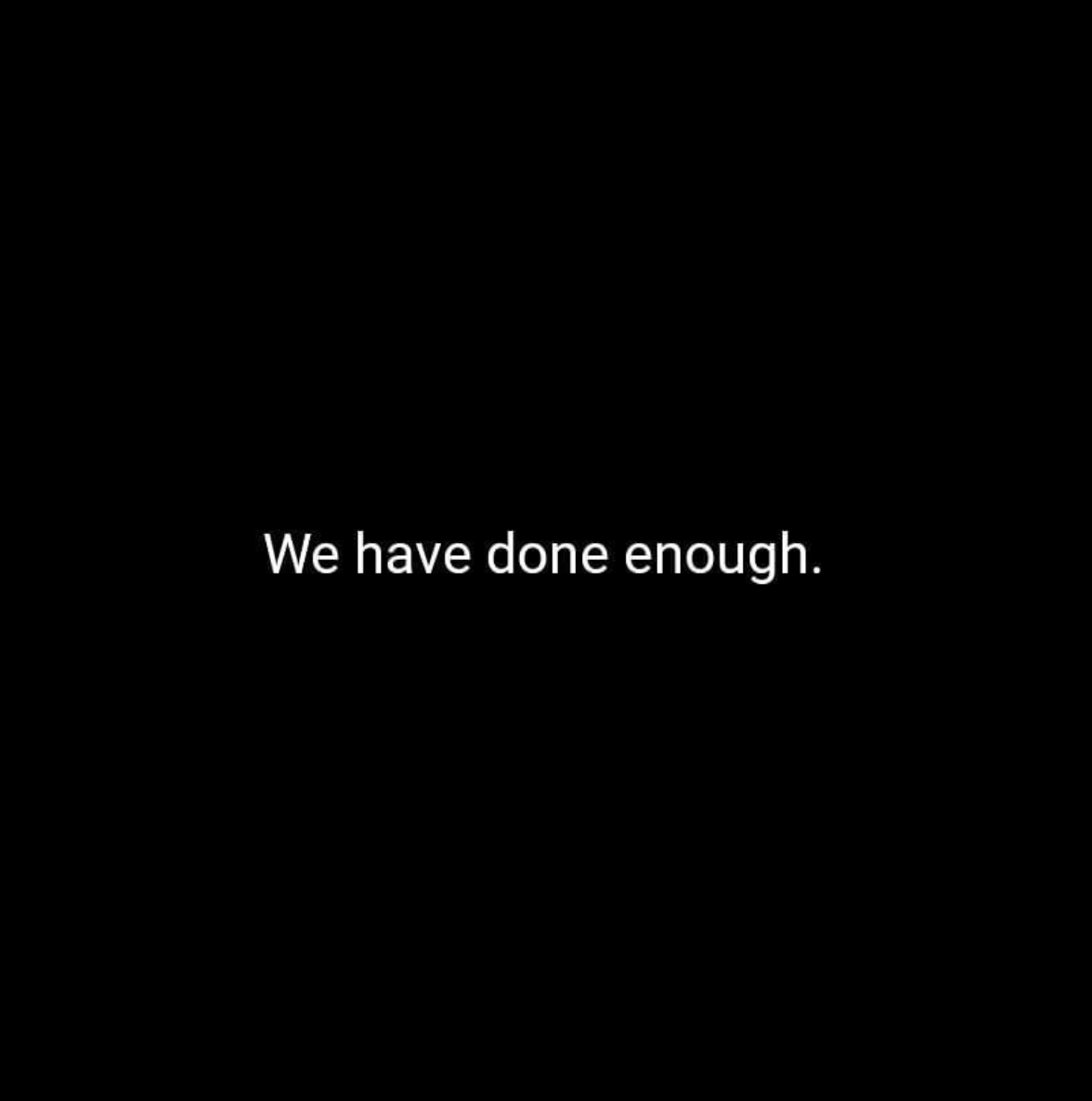 Afro-diasporic art takes on many shapes and forms, but it’s never failed to be a healing tool following acts of violence against the Black community. For centuries, Black artists and activists have used their voices, paintbrushes, cameras, writing and more to translate their grief into something beautiful.

Anique Jordan’s latest work, ‘We Have Done Enough,’ is a 21 ft installation presented by Nia Centre for the Arts that challenges the viewer to consider the significant work that Black people have put into explaining and fighting against racism.

“It’s very much a love letter to Black people across the city,” said Jordan. “The work has to be lifted from all of our shoulders as Black people, and put squarely onto the shoulders of those who insist on causing the harm.”

It’s hard to believe that ‘We Have Done Enough’ was inspired by a social media post. Following the death of George Floyd by Minneapolis Police officers, the award-winning artist and activist found that writing was a productive outlet to express the devastating grief.

“I always teach young people that when you’re in places of hurt, and feeling like you don’t have anything left, you have to remember we have tools… like music, meditation, finding quiet spaces, and finding people to reflect love back to us,” she said.

So, on May 27, Anique shared her unfiltered thoughts in an Instagram post of a black square with the thin-lined text: We have done enough. Her caption explained the ways Black people have fought for liberation and educated the masses all in the hopes of moving towards a better future.

Yet, the death of George Floyd and the ongoing protests across the globe proved that the fight is far from over. ‘We Have Done Enough’ indicates that it’s time for the community to build new spaces dedicated to heal, grow and thrive.

“We are seen as so disposable, so unvalued, by so many power structures,” she said. “ I just felt like, what more can we do? What is it that you actually need from us? We have actually done it at all. There’s no more we can offer you. There’s nothing more that can be said.”

The caption of her post has been adapted to our latest exhibit occupying the front-facing side of Nia Centre for the Arts on 524 Oakwood Ave.

For over a decade Anique has been working at the intersection of community economic development and art. Her practice stems from and returns to the communities that inform it. She’s worked with Black and Indigenous youth and emerging artists to empower their voice through the arts.

As an artist, Anique’s curatorial practice centres around opening access points for engagement from new and unexpected audiences. She is interested in the way space and power operate within a curated site, and how questions can shift and subvert depending on whose gaze is privileged.

“[We Have Done Enough] came from a place where language fails. Where there’s just sheer exhaustion and a type of grief that has been relentless and unending, and so cyclical that it requires a new type of understanding of what griefing looks like,” she said.